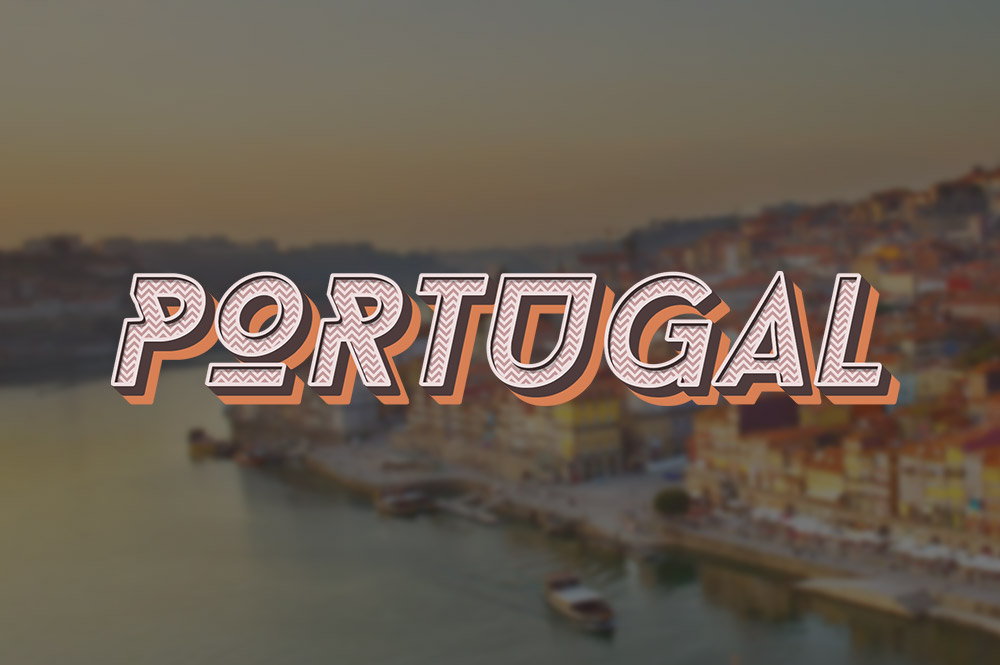 Portugal a wine region with a great potential but overlooked?

When I think about wine regions that create excellent wines but are “overlooked” on the world’s wine map, I could compile a long list. But one is on top of my mind and I will dedicate the next few lines to the beautiful wine region Portugal.

Apart from Port, Portugal is very well known for, the country has a considerable production of light white and excellent red wines. Portugal has a rich heritage of native grape varieties. More than 250 partly rare grape varieties are cultivated and most of them exist only in Portugal. Portugal is a country full of diversity and with a huge potential. Vines are planted almost throughout the country, in all kind of soils, from sand to shale, and exposed to many microclimates.

When looking at the wine regions in Portugal it is helpful and a bit easier to split the country into two parts: a northern and a southern part. The northern part of the country with the Douro region, Dão and Bairrada and the central and southern part with Alentejo, Ribatejo and Estremadura. The city Porto, located in the region with the same name and bordering the Douro region is a UNESCO World Cultural Heritage Site and one of worldwide nine “great wine capitals”. The Douro region, originally been known for its famous Port wines, has established itself as Portugal’s premium wine region, especially for red wines.

A richness of different grape varieties can be found in the Douro region. The main grapes are Touriga Nacional, Tinta Barroca, Tinto Cão, Tinta Roriz, Touriga Franca for the red wines, and Malvasia Fina, Gouveio and Viosinho for the white wines.

The beautiful Dão region, surrounded by the Estrela mountains has pine woods alternating with vineyards and in his heart stays the old city of Viseu. The region is known for excellent red wines that usually age well. According to legends, the red grape variety Touriga Nacional originates from the Dão village Tourigo. Today the grape is recognized as one of the country’s top red grape varieties. But Dão is also one of the best regions for the whites, and the Encruzado is an amazing variety that produces crispy wines either to drink right away or to age.

The Bairrada region, located between the Dão region and the Atlantic Ocean, is characterized by a mild and maritime climate with abundant rainfall. Very unusual for Portugal, the Bairrada region is dominated by only one grape variety, the Baga grape. Although most wines from this region are red wines, you should taste the attractive sparkling wines, from grape varieties such as Maria-Gomes, Arinto or Bical.

The region Alentejo in the southern part of Portugal covers about one third of the country but is very sparsely populated. Only about 5 percent of the Alentejo region is planted with vines, even so it represents about 45% of the total wine production in Portugal. The climate is influenced by the Atlantic Ocean, which leads to cool summers and mild winters. In general, the wines in Alentejo are easy drinking fruity reds. The main red grape varieties are Aragonez, Trincadeira and Castelão. The main white varieties are Arinto, Antão Vaz and Roupeiro.

The Tejo region is Portugal’s second largest wine region and has a strong connection to agriculture. The wine region stretches along the Targus river from Lisbon to the Zêzere river. For a long time known as producer of bulk wines, today the Ribatejo region is developing to be a source of attractive and surprising red wines. Important grape varieties are Cabernet Sauvignon, Merlot or João Ramos.

The Lisboa region is located west and north of the city of Lisbon in the hilly coastal region. The quality varies a lot and many producers make inexpensive wines, known as “vinho da mesa” (table wine). Like in the Tejo region, beside of local grape varieties such as Arinto, Fernão Pires, Malvasia, Touriga Nacional, Alicante Bouschet or Aragonez international grape varieties are commonly planted.

Of course, there are several other wine regions in Portugal and a lot to talk about for a next time.

Get more insights from Ana Pereira about the exiting wine country Portugal. 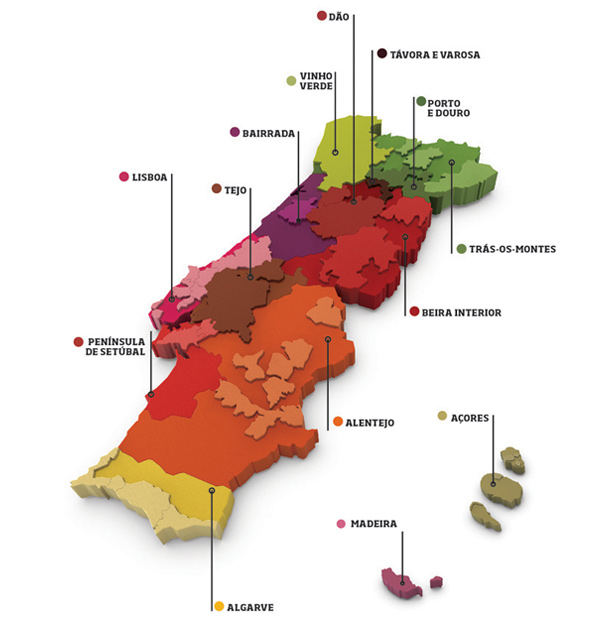