You want to buy a Vineyard? 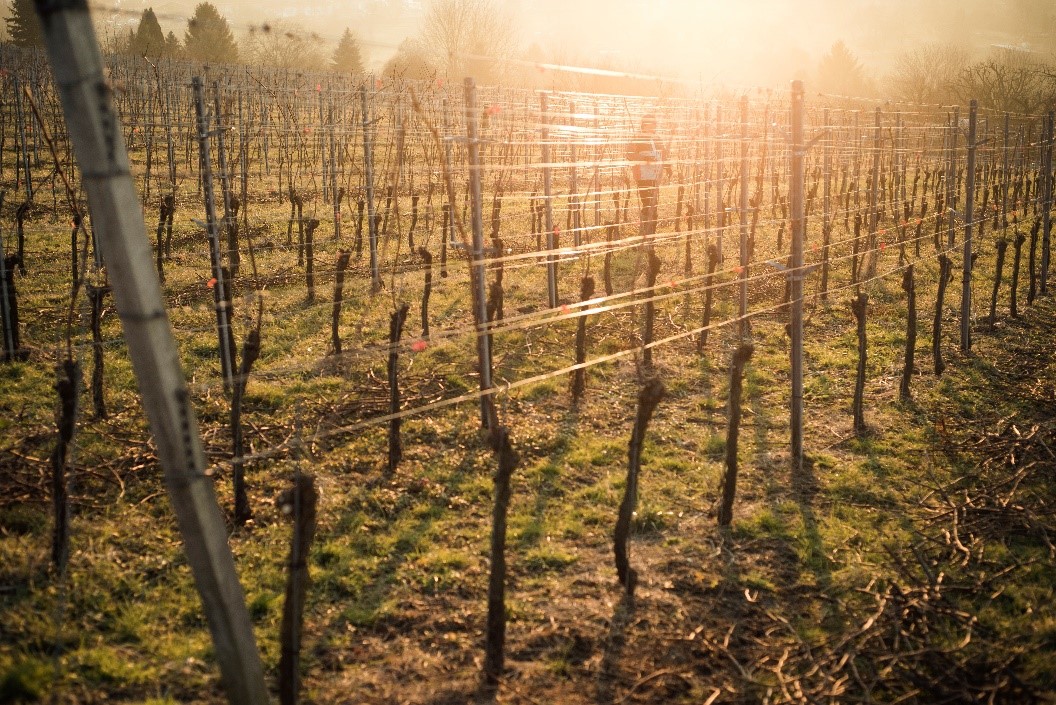 Try to imagine the satisfaction of walking down row upon row of sun-blessed vines, watching your grapes ripen. And then, later on, enjoying the results of your labor.

In our new series “Vineyard investments” we will take a closer look at the asset class “vineyards” from a financial point of view, market developments and trends in the global wine market as well as attractive wine regions to invest in.

First, let’s start with an overview of buying a Vineyard from a financial investor’s point of view.

Vineyards as an “Asset Class”?

Investments in vineyards and wine estates belong to the asset class farmland which in turn is a subclass of real assets. In recent years, investments in real assets are gaining more and more in popularity. Why?

With the beginning of the financial crisis in 2008 and the volatility of the financial markets, investors are increasingly looking for alternative assets. The advantages of those assets are in particular:

An example is US- farmland with an annual rate of return of 5.3% compared to an average inflation rate of 3.76% based on a sixty-year comparison.

What has an influence on Vineyard Investments?

1  The influence of demographic factors

Demographic developments will have a positive effect on this asset class. Whereas the world population is growing by around 80 million per year, implicating that the need for agricultural products for food production is increasing as well, the disposable area for planting of agricultural products is a scarce resource and cannot be extended. Assuming that consumption habits remain the same, agricultural crop would have to double until 2050 in order to meet the increasing demand.

2  Wine consumption as a driver for vineyard prices

Although wine consumption seems to be slightly decreasing in the traditional wine countries of (Southern) Europe, end-use markets such as Russia, China or India, so called “new markets”, show a dynamic growth, and are mainly responsible for an overall positive growth trend. In recent years, wine consumption in China has steadily increased making the country the world’s fifth largest wine consumer. Additionally, there is a progressive increase of wine traded internationally, which means that wine is more and more consumed outside the country where it is produced. According to the China Association for Import and Export of Wines and Spirits (December 2016), China imported wines amounting to USD 1.77 billion, representing a 19.1% yearly increase.

The rising awareness that a moderate consumption of wine can have positive effects on health and well-being as well as the increasing wealth of the world population and the therewith associated tendency to consume premium beverages are substantial drivers of the global wine industry’s growth.

3  Vineyard surface as a scarce resource

Although the area under wine in Europe is still the largest in the world, the terroir for winegrowing is limited and will further decrease. The reason is mainly due to initiatives of the European Union to reduce wine acreages as well as due to the effects of climate change. Today, five countries represent around 50% of the world’s total vineyard area[1]. 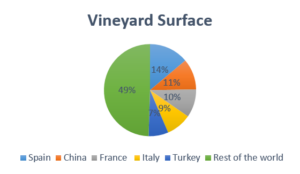 The development of wine acreages in Europe on the one hand and the increasing demand for wine on the other hand, offer favorable conditions for wine regions in the „new world“ (e.g. South Africa, Argentina, U.S. etc.)  to expand their vineyards – especially in the premium segment – and to participate therewith in the increasing global demand. China for example shows a strong increase and has already the world’s second largest vineyard surface (830 kha in 2015 compared to 633kha in 2011).

In conclusion it can be said, that the current economic, demographic and political situation for investments in vineyards seems to be favorable. In our next article in this blog series we will look at renowned as well as new and promising wine regions.

I am excited to know your experiences and thoughts about this fascinating topic! Leave us your comments below or on www.YourWineEstate.com.

[1] Including the area not yet in production

» News » You want to buy a Vineyard? Previous post:
ORANGE WINE- FINE WINE OR JUST A GIMMICK? Next Post:
How to make your wine estate acquisition a smart decision